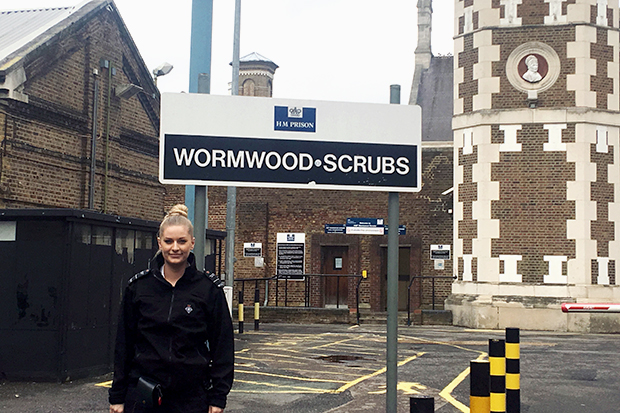 On 7 November 2018, I went to work at HMP Wormwood Scrubs as usual but it was going to be a rather different kind of day. I was asked to carry out my normal duties, but I was also going to have someone shadow me during my morning shift so they could see first-hand the work I do every day as a prison officer.

That person was our Prisons Minister Rory Stewart.

When I was first informed that the Prisons Minister would be shadowing me, I was initially a bit surprised and apprehensive to have someone so senior in government following me around at work.

But it was actually a very positive experience. I was able to show the reality of my job, how it’s not action all the time like how you’d see on TV and in the movies, and it gave me the opportunity to demonstrate the ‘jail-craft’, breadth of knowledge and skills that you need to be a prison officer.

At 7.45am sharp, the minister was on the wing with me ready to get stuck in straight away. I gave him a short briefing of what the morning would consist of, how we run the wing and the type of duties we’d be carrying out.

Unfortunately for us, it was a typical rainy morning in London and the first job of the day was to take out the wing’s rubbish from the day before. We did this with trusted employed prisoners, and the minister himself even came out with us to the compactor in the pouring rain! After this, we went back inside to collect the laundry workers, who are also prisoners, and headed over together to collect fresh laundry for the wing.

During the morning shift, the minister found that the prisoners had a lot of questions for us. So, we spent a lot of time talking to them, listening to their concerns or simply responding to their curiosity of why a minister was shadowing me.

This was a good opportunity for the minister to see the sheer number of questions prison officers get asked on a daily basis about absolutely anything. I believe this was a true reflection of the amount of knowledge required to be a prison officer. We need to answer a huge variety of prisoner enquiries whilst carrying out the day-to-day jobs to keep the prison running.

They even asked Minister Stewart a lot of questions about the running of the prison and changes that were being made. For example, I showed the minister a newly renovated landing on a wing.

HMP Wormwood Scrubs is one of the 10 prisons that’s receiving funding from a £10 million investment so there are a number of other improvements underway.

I also took the opportunity to mention this year’s roll-out of prisons across England and Wales going smoke-free and how I believe it’s made the wings within the prison a much cleaner environment to work in.

As a non-smoker, this has been an extremely noticeable change, not only for my own personal health, but my ability to do my job effectively. We’re able to notice and deal with drug-use a lot easier and quicker without the heavy smell of tobacco lingering in the wings, and I can go to work without having to worry about the effects of secondhand smoke.

On top of this, the prison has recently been able to increase its search dog team from 2 to 7 and this has had a great impact on us prison officers working the landings. The search teams do an amazing job reducing the amount of drugs making their way into the establishment, and are a truly invaluable asset because they have the tools and intel to make huge finds on the wings.

The team work amazingly well together and truly support one another in all aspects of our work. Teamwork among prison staff is vital to enable us to function quickly and as a unit.

Drugs and mobile phones help to fuel organised crime in prisons, so discovering these items make a huge difference to prison officers’ ability to maintain order and control.

I was glad for this opportunity to feedback my thoughts on changes and investments within the prison because I think it’s important for ministers to tangibly see and understand how policy changes affect the people working in prisons on the frontline.

Overall, I found it a really positive experience to have Minister Stewart joining me on my shift. I was glad to be able to show him the challenges prison officers face on a daily basis - from dealing with a cell a prisoner had damaged, to the small day-to-day tasks it takes to run a wing smoothly.

I hope this gave the minister a good understanding of our work, how policy decisions affect frontline staff and the teamwork needed to stay safe in an ever-changing environment. He even wrote a blog post about his experience shortly after his visit.

If you're interested in starting your career in the prison service, find out more information on the prison and probation recruitment website.