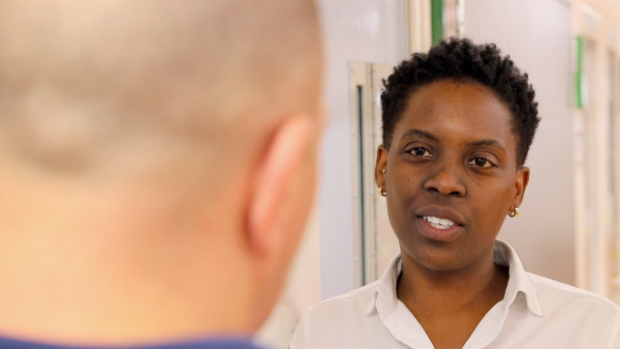 Having a diverse workforce is hugely important, especially in the prison service. We need people with a diverse range of skills, passions and backgrounds to communicate with our prisoners, to solve problems, provide the level of support that has the potential to save lives, and support staff.

Under the Lammy Review’s recommendations, the Ministry of Justice has a target to achieve 14% of our recruits being from a black or minority ethnic (BAME) background by December 2020. We've carried out an independent review of the prison officer recruitment process, and changes have been made and continue to be applied to ensure that applicants from a BAME background are treated fairly throughout the process. It’s our priority to attract the right people with the right skills, and ensure we’re recruiting diverse applicants.

There’s still more to do. But as a black female governor, who first started out as a prison officer, I’m incredibly glad to see this target being taken so seriously.

It’s Black History Month, so I wanted to write this blog post to celebrate the importance of having black and minority ethnic prison officers in the service, and why now is a good time to join.

I also wanted to share my own career path in the hope that it’ll inspire someone to seize their own opportunities and achieve their career goals - no matter their racial background.

Why do we need more black or minority ethnic prison officers?

Firstly, because of the population that we hold - prison staff need to be representative of not just the people we’re looking after but also of society as a whole.

It helps to build better relationships and break down barriers. If we, the staff, look like or come from a similar background to our prisoners, then they might feel a bit more comfortable coming to us with a problem. No matter how big or small, frequently or infrequently - when a prisoner is more willing to speak up and talk through their issues with a prison officer, then the better we’re able to help them.

I experienced this when I first started in the prison service in the north west of England. There was a high population of black and ethnic minority prisoners, but I remember being the only BAME member of staff in 1 prison, and 1 of only 3 in another. A lot of the prisoners came to me to sort things out when they needed support, and I think it’s because they felt more comfortable opening up to me because we had something visibly in common.

Hand on heart, I have never felt like I’ve been discriminated against in the prison service, but when I worked in the north west of England, I was either the only black or minority ethnic member of staff, or one of very few. There was a distinct lack of BAME managers too. I’ve always wanted to progress in the prison service, but I sometimes felt like there weren’t many opportunities to get promoted.

But, I remember the first day I started working at HMP Pentonville in London; I was struck by the fact that there were loads of black and minority ethnic officers, a couple of managers and even 2 governors. I remember thinking what I wanted to achieve back in the north west, and seeing BAME people in managerial positions put an extra bit of wind in my sails. I felt a resolve that I would do whatever it took to rise up the ranks, so I got my head down and within a year I had gone from being a prison officer to a custodial manager.

The importance of having visible role models 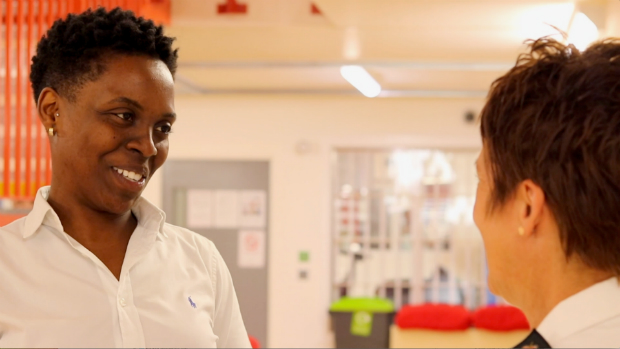 Simply seeing senior BAME staff really helped me to see myself in their position and climb the ladder.

I had started my career as a prison officer at age 22, and after 15 years, working at 5 different prisons, I’m now a Band 8 governor; I’m the Head of Residence and Services at HMP The Mount.

But it’s thanks to colleagues who acted as role models to me, providing career advice and support, that I gained the knowledge and confidence to go for a promotion. And I feel like I’m now in the position where I can act as a role model. I want to inspire young people black and minority ethnic people to become senior leaders because it is possible.

But of course it’s not just BAME people, I’ll encourage anybody who’s got the passion and calibre to progress, no matter what colour or race they are, because the prison service needs good decision makers, good managers, and good people.

Ultimately, it’s really important to have people in visible senior positions who’re there to offer support to staff who may be younger or newer to the service.

Now is the time to get involved

I’m proud to be a black woman, and I’m immensely proud to be a black female senior leader in the prison service. Black history for me is more than just a month. I celebrate my black history every day. I love being black. I’m British, and love the fact that my roots are in Barbados and Dominica. I hope to inspire other BAME people on my career journey, so they believe that they can get ahead on merit and with hard graft.

Now is a good opportunity for anyone who is black or a minority ethnic person to have a look and see what they can aspire to be in the prison service. You have the opportunity to really help people, make a career for yourself with a good pension, and it can be an incredibly rewarding job.

I feel like there’s no better time than right now for BAME employees to rise within this organisation. The recently signed Race at Work Charter is just one example that shows things are changing, the doors are opening, and now is time for opportunity. But you can only get that by getting involved.

So my advice to all prospective employees to the prison service, if you want to get into a managerial position, you need to push yourself into the feeder groups, put yourself forward for those senior roles. Don’t stop trying until you reach your goal.

If you feel inspired by Fiona’s story and are interested in starting your career in the prison service, find out more information on the prison and probation recruitment website.